This is a long and semi-technical post; thankfully, if that sort of thing bores you, the author has included a brief summary at the end, which he offers up as an escape from the tedium of reading through most of what follows. That warning dispensed with, let the brave continue reading. -Ed.

Even if you don’t know what it is, the hang angle of a saw is one of its most important characteristics. Without knowing why, you may find some of your saws to be naturally more comfortable than the others; there is a good chance that this saw’s hang closely fits your sawing mechanics.

What exactly, you ask, is hang? And why does it matter?

Oh, am I glad you asked. No, really, I am. Most people clutch their children and back out of the room when I start talking about hanging my saws, so having a willing listener is a pleasant, albeit novel, experience.

Although there is an increasing awareness of the importance of the hang angle, very few saw makers even mention it, and then only in passing and with no specific numbers offered up. Because of this, there is no precisely defined manner of measuring hang, so let us define it as the angle that is formed between the toothline and a line drawn perpendicular to the back of the handle.

Figure 1 shows two saws at the extreme ends of the size and hang spectra. In general, the hang angles of saws decrease as the lengths are increased. Canting the saw plate, as in the 19 inch Kenyon tenon saw shown below, can have an effect on the hang angle as we have defined it, but this effect is usually minor. I will address these points in future posts.

Figure 1. Showing two of the extremes in hang angles.

Now let us consider the two backsaws shown in Figure 2, which are identical in every feature and measurement, save for the hang angle (the same lessons and conclusions can also be applied to handsaws). It should be noted that the hangs of these two saws are exaggerated to more clearly show the effects of changing it.

Figure 2.  Two carcase saws, identical except for the hang angles.

First consider the effect of hang on your stance while you are sawing. The proper stance is one in which your wrist is aligned with your forearm; when thus aligned, little stress is placed on your joints, and the saw feels like an extension of your arm. Figures 3-6 show proper and improper stances for two very different saws. Because of differing hang angles, a stance that is uncomfortable for one saw may feel right for another. In the pictures below, my right arm is at my side so that my left arm and the saws are visible; while actually sawing my right hand is placed on the work next to the saw. 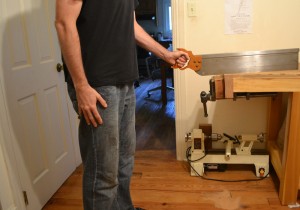 Figure 3.  Showing poor form while using a 28 inch miter box saw with low hang. The elbow is too high, cocking the wrist upwards. 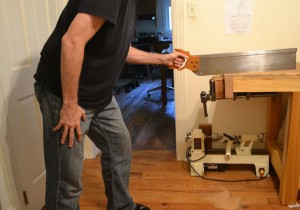 Figure 4.  Showing good form while using a 28 inch miter box saw with low hang. The elbow has been lowered by crouching slightly and leaning forward, bringing the forearm into alignment with the wrist. 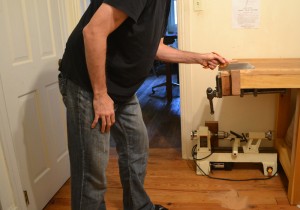 Figure 5.  Showing poor form while using a small patternmaker’s saw with high hang. Because of the hang, the elbow is now too low, cocking the wrist downwards. 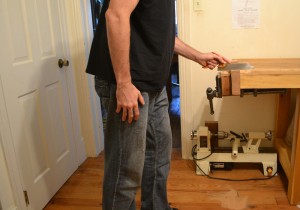 Figure 6.  Showing better form while using a small patternmaker’s saw with high hang. The elbow has been raised by standing more upright, bringing the forearm into alignment with the wrist. In practice, I prefer to lean forward and crouch as shown in Figure 5, then angle the toe of the saw upwards and/or lower the work. I find that this engages more of the lower body, increasing power, balance, accuracy, and comfort.

The preceding pictures show how proper stance is in part dictated by the hang angle of a saw. Hang can be further compensated for by adjusting the height of the work and angling the toe of the saw. If holding the saw correctly leaves you bending over more than you find comfortable, it can be remedied by some combination of raising your work and tilting the toe of the saw downwards. If you feel too upright, apply the opposite remedies. 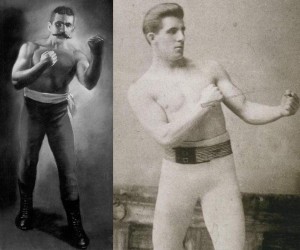 Figure 7.  Whether you lean into your work while sawing, or prefer a more gentlemanly one, finding a saw with a hang angle that is comfortable for you will make your work more pleasant.

Having examined the effect that the hang angle of your handle has on your sawing mechanics and work positioning, we turn to its effect on the saw’s teeth. If you are not filing your own saws, this may be of limited interest to you, although it never hurts to understand how your tools work.

In looking at this effect, we will assume that the force applied by the sawyer’s arm coincides with the line used to calculate the hang, and that the magnitude of the applied force is independent of the hang angle. This is technically incorrect because of the way your closed hand grasps the handle. We will also neglect the weight of the saw. While these assumptions, particularly the latter, do have an effect on how the saw cuts, they simplify the following diagrams without changing the qualitative conclusions. To prevent this post from becoming too lengthy and technical, I reserve a more rigorous analysis which considers them for a later date. [This more rigorous analysis has now been posted. -Ed.]

If your high school physics is a touch musty, the following review of forces may be helpful. It looks a little technical, but understanding this makes it very easy to see the effects of hang on a saw. If you are one of those nerdy engineers, skip the review and try not to be bothered by the simplifications. We are looking at concepts, and trying to reach qualitative, not quantitative, conclusions.

Force (in this case, the thrust you supply to the saw) is a vector quantity, meaning it has both magnitude and direction. When needed, we can separate a force vector into two distinct components that are right angles to each other. In this case, we shall call one component horizontal and the other vertical. In Figure 8 and the diagrams below, each force and its components are proportional to the lengths of the arrows by which they are represented.

Figure 8.  Our two carcase saws, showing their hang angles and the directions in which the force is applied by the sawyer. The force applied to each saw is identical, but the horizontal and vertical components differ in magnitude.

Figure 9.  Our two carcase saws, showing the forces at the tips of their teeth.

As Figure 9 shows, the teeth on the saw with the higher hang, being driven with a greater downward force, will bite more deeply into the wood. As anyone who has used a plane or scraper knows, the force required to sever a shaving from its parent board increases with the rankness of the cut. From this, we can reason that the saw with the higher hang will require more applied force, or thrust, to both start and keep it cutting.

We would be remiss if we did not pause to briefly describe saw teeth and how they cut. The teeth shown in Figures 9 and 10 are filed rip, and cut very differently from crosscut teeth. Whereas the pointed tips of crosscut teeth (which typically have rake angles ranging from 10 to 20 degrees) cut with a slicing action, rip teeth act as small scrapers (if this difference needs more explanation, feel free to brush up on tooth geometry).

In practice, the slicing action and relatively relaxed rake of crosscut teeth means that crosscut saws are not nearly as sensitive to changes in hang angles as rip saws (the effect on body mechanics does still apply).

Most who have picked up a rip saw, particularly one with aggressive teeth, have experienced difficulty in starting the saw, or in keeping the saw moving without grabbing. The typical solutions offered are to refile the teeth with more rake or to lessen the force on the teeth by “lifting” the toe of the saw, thereby relieving some of the weight or vertical force on the teeth. The astute reader will note that reducing the hang angle has the same effect; unfortunately, few saws have that capability, so short of buying a different saw, the solution lies within the first two options.

Figure 10.*  By increasing, or relaxing, the rake, a thinner shaving is taken, requiring less force to push the saw.

What, then, is the point of studying the effect of hang angles? If you are buying an upper end saw, it may be of little practical use, as the filer should have taken the hang angle of the saw and its intended uses into account when sharpening it. If you sharpen your own saws, it is worthwhile to remember that more highly hung saws may benefit from comparatively relaxed rake angles.

If perusing this post made you a little drowsy, and you have no interest in rereading it, there are two main points which I hope you will take with you as you search for and use your saws. Knowing these two principles, you can understand and use hang angles to your advantage, rather than reacting blindly to them.

The first principle being that a saw with a higher hang angle will necessitate either adopting a more upright stance, lowering your work, angling the toe of the saw up, or some combination thereof. This assumes you are interested in the proper mechanics of sawing.

The second principle being that, ceteris paribus, as the hang angle increases, the rake angle needs to be relaxed to avoid difficulty in starting and catching in the middle of the stroke. This effect is much greater in rip saws than in crosscut saws.

Although one can arrive at these same conclusions by trial and error, the path is more easily navigated when it is lit by knowledge of the principles which govern the work. And with a little good fortune, this illumination often reveals hitherto hidden trails to explore.

If you believe I have made any errors, either technical or conceptual, please leave a comment so that we can discuss it.

This entry was posted in Saw design. Bookmark the permalink.