I’ve wanted to make one of these since I saw Tom Fidgen’s version of the tool. While making the plane body and the saw blade presented no particular challenges, the fence was problematic.

My original intent was to use wooden screws for the fence arms. After looking at what it would take to make the screws and nuts, I began thinking of faster and easier construction methods. I considered several different options, including a rod and collet system, wedged arms, and a bridle fence. While all of these designs make fine planes, I eventually settled on something else that worked out very well for me.

The fence I settled on was simple to make, moves smoothly and easily, locks securely in place, and always remains parallel to the blade. This last point is critical, since the entire length of the saw blade is in the groove it cuts; if the fence is not parallel to the blade, then only one point of the fence can maintain contact with the board being worked.

I have been playing with this saw-plane for a month or two now, and have taken it to a couple of shows; the response there has been very positive. It can be used to cut a kerf around a board before resawing it, to cut narrow grooves, and to cut rabbets (it really shines at cutting these in soft to medium woods).

While the teeth on the blade appear a little odd at first glance, they are just regular triangular teeth whose gullets have been enlarged with a chainsaw file. The enlarged gullets have more room to carry sawdust out of the cut.

If you want to make one of these saw-planes, I now sell the blades. They are available either sharpened or unsharpened. Links to detailed instructions and dimensioned drawings are on the product sale. These plans are available in both left- and right-handed versions, and are free of charge.

Hardware kits for the fence are not yet available, but several sets are being readied for beta testing. Keep an eye on this blog for updates (or subscribe above for email delivery). 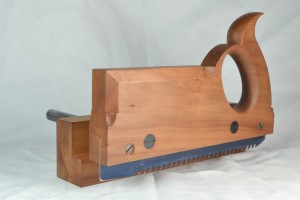 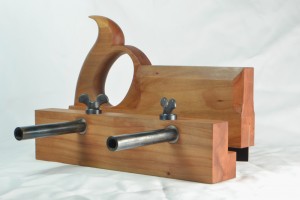 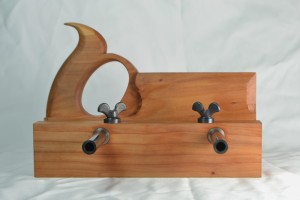 Close-up view of the handle. Thanks to George Wilson for the use of his handle design. 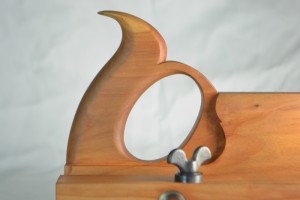 Another close-up view of the handle. Thanks to George Wilson for the use of his handle design. 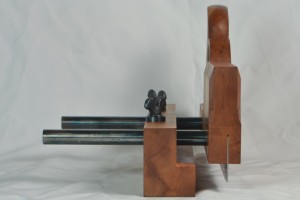 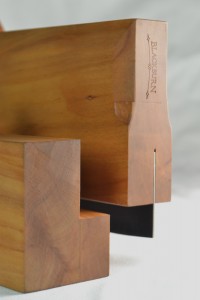 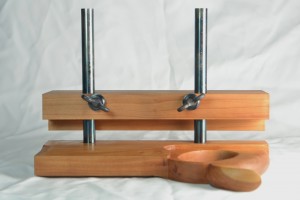 Close-up of the unsharpened teeth.

Close-up of the sharpened teeth.