When a customer ordered some new saw bolts for a saw he was restoring, he asked if there was anything that could be done about the medallion.  I agreed to take a look at it and see if I could salvage it.

A quick glance confirmed that it would indeed need a new shank.  The threads were long gone, and what was left behind was bent.  With little to lose, I cut the existing shaft off and started anew. 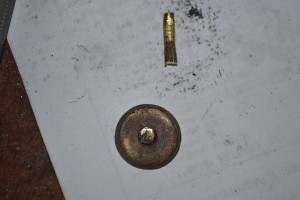 The shank was turned from 360 brass.  The squared portion of the shank was filed by hand, and was made larger than the original so that it would fit in the existing mortise, even if damaged. 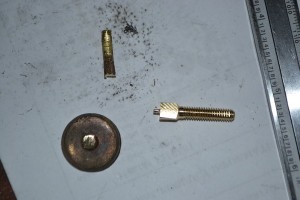 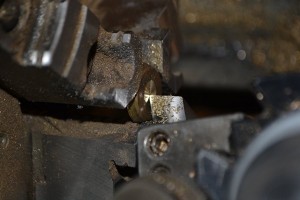 Truing up back of medallion. 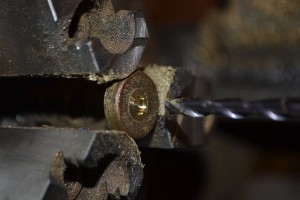 With the medallion ready, the shank could be finished.  After turning the shoulder, I milled the end of the shank with a slight concave profile.  This was done so that it would mate with the convex surface left by the end mill at the bottom of the recess. 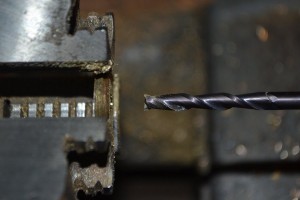 Milling back of medallion. End mill is slightly concave. 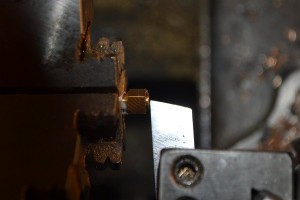 Shoulder milled on end of shank; milling the end concave. 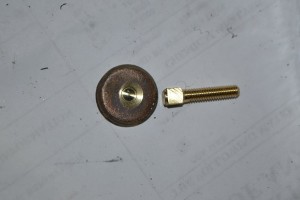 Medallion and shank ready for assembly.

The actual soldering was the easiest part of the job, taking about fifteen seconds. I used silver bearing solder, which, while not as strong as brazing or silver solder (which has a higher percentage of silver in it), is sufficiently strong for this purpose. 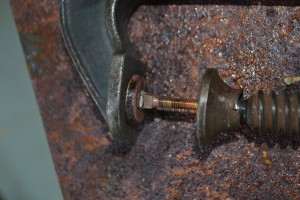 After removing the excess solder and lightly cleaning the surface of the medallion, it is ready to go back on the saw for the next hundred years. 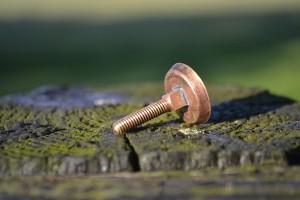 Back view after cleaning up the solder. 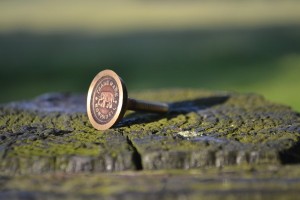 Ready for the next hundred years. 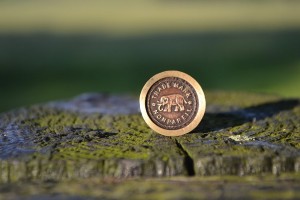 Well worth the time and effort to be able to put this back on the saw.

This entry was posted in Saw repair. Bookmark the permalink.